Ryan: An American Meditater in Paris

In Seattle I have the pleasure of being Wendy’s student. Through her teaching and my own dedication I have developed my spiritual practice to a deep and effective level.

Before meeting Wendy I held belief in the goodness of the universe and the concept of non-separateness. But, not until I acquired tools to nurture my soul’s relationship with my body in present time did I understand my spiritual empowerment.

Today I understand I am part of a Divine Whole. I feel this in my head and my heart; I know this.
Yesterday, while meditating at the Jardin du Luxembourg I noticed my third chakra (power chakra) was hesitant to open. I am in a new place, surrounded by people who don’t speak my language, people who I’ve been told will judge me because I am foreign to them. This is scary. I am staying in someone’s home who I barely know. This is unusual. I’m on a grand adventure; leaping into areas of the world as well as expressions of myself which prior to now I did not believe I could conquer.

Matching ascended master Jesus, I asked for his guidance. He said “do not be afraid to express your power, for it is the power of God.”

All my life I’ve run into trouble for “being myself,” so as a separate “me” I naturally fear confrontation with separate “others.” Jesus was telling me: “express unity.”

When I am aligned with my own truth, when I have sought and found what I see to be right for me, it is best to act on those truths. It is best to attempt to communicate with the Parisians in my terrible American accent because I am intending to speak to them from a place of light. It is best to live and act on what I think is right for me in each moment, despite what others’ truth for me may be.

The more I believe in my own light, the more this light is recognized by others- for they too have light. Whether consciously or unconsciously our light attracts and makes the world brighter.
More than speaking languages, this practice generally applies to trusting myself…


It is always easier to trust God than to trust myself;
but what I know now
is that they are the same thing.

Ryan: Purple is Just Another Crayon in the Box

Recently, in personal session with Wendy, I worked on getting spiritual authority in the space where I live.
There was dark energy in the house, of which I noticed two things:


“Aura” is the space 1-3 feet around my physical body which I have learned to work in spiritually. It is “my” space. In meditation, I focus light and vibrational work inside this space. It houses my energetic channels and my physical body. The more I meditate the more it becomes a part of me; like my hands and feet.

As I heal and grow I become energetically clean enough and aware enough to notice when things are awry within my space. I also have tools to return my space to my liking.

…as if that wasn’t cool enough….

Both in this past session and in weeks prior I have realized that (surprise) there is more growth to be had! I am now becoming aware of the energy outside my space, how it is sometimes misaligned with my own vibration, and how it is affecting me.

When I was trying to correct the dark energy in my home I got stuck. First I worried it was because the energy was menacing and thwarting my spiritual abilities, but then I realized it was an internal sticking.

Authority on a larger scale; I felt like it wasn’t my place to influence.  When I was prompted to own the space I hardly even wanted to try. I had a sense of not deserving, not right and not allowed. (wow; that’s a lot of nots). The word “authority,” to me, had a bad connotation.

My beautiful teacher did not give me her perception on the hang up, but rather assisted me to find the truth for myself. To do this Wendy suggested I call on Ascended Master Ganesha.

Ganesha runs his energy like a boulder descends a hill; power rolling strong and dense. In my practice I see the color purple as seniority energy, or in other words authority. Ganesha runs purple through his cosmic channels. His vibrations teach me how to gain seniority in my life over people, events, fears and so on.

What was happening with the aversion to authority, I asked him; our conversation went something like this:
Ryan: “Why should I access authority outside my own aura space?”
Ganesha: “Purple is just another crayon in the box.”
Stop making it such a big deal the master told me. Authority is just one of the colors needed to draw a spiritual rainbow; no more or less than the other vibrations.


Vibrations which I already feel comfortable raining down to ground or to heighten the vibration of any given space. I run other colors freely like the blues of faith and certainty, the pinks of amusement and affinity, and the golds of spiritual vitality and cleansing. So too should I run with rampant abundance the purples of authority and seniority. I’m not trying to dictate the space in a Hitler kind of way; I’m trying to assist it spiritually. The intention is good.

Ganesha meant for me to learn that exercising seniority is one component of being a conscious spirit and powerful being. That authority is spiritual.

I believe that my purpose on Earth is to fully embody my present spiritual potential. By choosing to change and grow, I contribute to the benevolent and magnificent expansion of the universe.

Today I learned that yet another physical/societal conception was blocking me from my God-ness.
In my personal evolution as spirit the time has come for me to play my part through the authorial influence of space outside myself. Making this shift is as easy and powerful as I let it be. Ganesha has already shown me the way. Now to sit back and be the change.


Meditate with Purple! Click to try an At Home Exercise: for Authority and Seniority

Ryan: At Home Exercise: for Authority and Seniority

How can you practice playing with purple crayons?
Exercise to accompany Blog: “Purple is Just Another Crayon in the Box”


In this process you are already healing both yourself and the space around you.

This “purple waterfall” can go beyond you, as I learned the other day.
2. The second way to run authority is to give it to the larger geographic space around you.
Notice how it feels to exercise your spiritual power on such massive spatial scales. 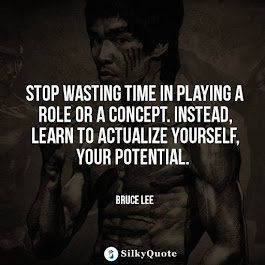 BE Your Potential, Manifest Your Destiny!

Ascended Master BE the Captain BEing with What IS Empowered Empaths Group Training Guest Blogger Jesus Love Modern Mystic OWN Your Voice Private Sessions SoulTech Teleios - Coming to our Perfection Truth Where we Trip is our Treasure Yummy Body!